Someone has to. Guess it might as well be me. 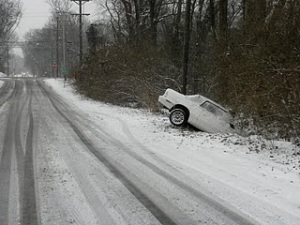 It’s not just Nashville. One month ago, floods decimated New England. I don’t remember hearing about those floods in the news, either. But YouTube is full of shocking videos, like this one from Mystic, Connecticut and this one of a Rhode Island shopping mall under two feet of water. A friend who lives out there writes:

One of the worst things we had for weeks was the stench and everyone getting sick from bacteria in the air. Take care of yourself.

Something to look forward to, Nashville.

Drought and floods in India and China have resulted in a global cotton shortage, folks. That means no more cheap $10 T-shirts at WalMart and CostCo, not to mention a shortage of canvas tarps, cotton for industrial use and medical supplies.

It has contributed to the tensions between India and Pakistan. India has halted export of its cotton, forcing two-thirds of Pakistan’s yarn mills to close.

Farmers in Hawaii are cutting back production as much as 40% because of severe drought.

And as I mentioned last winter, there was massive drought in the Southern Hemisphere, causing severe crop loss.

We are 7 billion strong on this planet. Our thirst for oil has led us to interfere in the governments of foreign lands, even wage wars to access oil. Little surprise some people resort to desperate acts of terrorism.

We drill for oil in more extreme, dangerous places. Just one accident has destroyed a major food industry in this country. I doubt there will be much recovery of the shrimp and oyster beds in the Gulf. It’s not just the oil; the chemical dispersants they are using to contain the spill have unknown risks:

Chemical dispersants carry complex environmental trade-offs: helping to keep oil from reaching sensitive wetlands while exposing other sea life to toxic substances. The concoction works like dish soap to separate oil and water, but the exact chemical composition is protected as a trade secret.

Sure. Because where the public health and the continued existence of a major food source are concerned, what’s really important is protecting Dow Chemical’s (or whomever’s) copyright.

Someone in Washington needs to connect these dots. There is a clear and concrete line connecting our fossil fuel addiction, our resource wars, the pollution we are pumping into the atmosphere, our growing population, and the extremes of weather we’ve experienced. And by “we” I do mean that globally. We all cause the problem and we all suffer the consequenes.

We’re all in this together. We all share the same planet.

The cost of our inaction will be more floods, more drought, more political instability and more terrorism. We can get off this hamster wheel now, or we can keep running and running, expecting to get somewhere but not moving one inch. It’s all very plain and obvious to me. I can’t believe it isn’t obvious to anyone else.

9 responses to “Connecting The Dots”