Republican aides were taken aback by what they thought was a lighthearted attempt to signal to Iran and the public that Congress should have a role in the ongoing nuclear discussions. Two GOP aides separately described their letter as a “cheeky” reminder of the congressional branch’s prerogatives.

“The administration has no sense of humor when it comes to how weakly they have been handling these negotiations,” said a top GOP Senate aide.

Well you could have knocked me over with a feather:

In an open letter organized by freshman Sen. Tom Cotton, R-Ark., 47 Senate Republicans today warned the leaders of Iran that any nuclear deal reached with President Barack Obama could expire as soon as he leaves office.

Tomorrow, 24 hours later, Cotton will appear at an “Off the Record and strictly Non-Attribution” event with the National Defense Industrial Association, a lobbying and professional group for defense contractors.

The NDIA is composed of executives from major military businesses such as Northrop Grumman, L-3 Communications, ManTech International, Boeing, Oshkosh Defense and Booz Allen Hamilton, among other firms.

This is my shocked face: 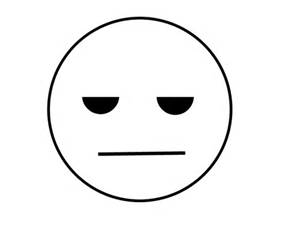 Seriously, Republicans. Have you ever met a war you didn’t like? I guess as long as Raytheon, Northrop Grumman and Booz Allen Hamilton are filling the campaign coffers, the answer to that would be no.

And major kudos to Tennessee Senators Alexander and Corker, who refused to sign the letter. They’re probably getting slammed from the Neocon wing of the party, which means there will be red meat thrown on another issue, no doubt. But on this they are correct.

Look, elections have consequences. And every time Republicans hold the reins of power, the militarism and warmongering heat up. If you don’t want war, don’t vote Republican. Simple as that.

This just reeks of partisan, good-ole-boy, glad-handing. “Gustavus Adolphus Puryear IV” (what a mouthful!) is vice president and general counsel for Corrections Corporation of America (CCA). He earned his cred with the GOP brass by investigating Bill Clinton’s fundraising back in the 1990’s, and even prepped Dick Cheney for the VP debates in 2000 and 2004.

That’s a great GOP political background, but for a seat on the federal bench, don’t you want some trial experience? Apparently not:

Of greater concern is that Mr. Puryear lacks familiarity with the federal courts and has little trial or litigation experience. By his own admission he has tried only two cases to verdict; he has been personally involved in only five federal cases, most recently a decade ago. He is not admitted to practice before the Sixth Circuit Court of Appeals, which is over the Middle District of Tennessee, and received only a “qualified” rating from the American Bar Association rather than a “highly qualified” rating.

So, he’s a GOP loyalist, but without trial experience, why is he in consideration for the federal bench? It seems Gustavus Adolphus Puryear IV is just another corporate shill:

Puryear has spent the bulk of his legal career at the Tennessee-based Corrections Corporation of America, the nation’s largest private prison company. As its general counsel since 2001, Puryear has made millions of dollars working for a company that profits from the country’s incarceration boom, particularly through his recent sale of more than $3 million worth of the company’s stock. (His financial disclosure form shows a net worth of more than $13 million.) His employer creates enormous conflicts for Puryear as a potential federal judge, as the CCA gets sued all the time, often in the very district where he hopes to preside as judge. Since 2000, roughly 260 cases have been filed in that court against the CCA, its officers, and subsidiaries. [ … ] Inmate lawsuits typically account for more than 10 percent of the docket in Tennessee’s Middle District, meaning that Puryear will see his share of them if he gets confirmed.

This isn’t ho-hum, so-what, it-doesn’t-affect-me stuff. By stacking the courts with corporate shills, we give more power to the corporate world, and take it away from ordinary citizens.

Look at the U.S. Supreme Court, and its corporate-friendly ruling last week:

The Supreme Court yesterday protected the makers of medical devices that have passed the most rigorous federal review standards from lawsuits by consumers who allege that the devices caused them harm.

The court ruled 8 to 1 against the estate of a New York man who was seriously injured when a balloon catheter manufactured by Medtronic burst during an angioplasty in 1996. Charles Riegel, who died three years ago, and his wife sued under New York law, alleging that the device’s design was faulty and its labeling deficient.

Do you see where this is going? I do, and I don’t like it. This is a slippery slope that rings all sorts of alarm bells with me.

Puryear looks like just another corporate crony. In his job as CCA’s chief counsel, he’s called inmate litigation “a nuisance,” and “an outlet for inmates .. something they can do in their spare time,” despite the fact that CCA has been found in the wrong in several significant verdicts and settlements against the company:

For instance, in 2000, a South Carolina jury hit the CCA with a $3 million verdict for abusing juveniles. Other successful suits have alleged that the company’s employees abused inmates and provided negligent medical care.

Great, just the kind of guy we want on the courts. I’d urge you to call Senators Corker and Alexander to oppose this clown’s nomination, but being good GOP partisans, they probably won’t listen:

Is this the best judge money can buy? I want a government that takes care of people, not corporations.

Comments Off on >Bush Picks A “Brownie” For TN Bench

Please take a moment to call both senators and ask them to stand by their original votes and join in a veto override:

Comments Off on >SCHIP Update

>Why? I’ll let Dover Bitch tell you why.

It’s time for the party of family values to stand up and say no to forced abortions, rape, and slavery for the sake of Gap jeans bearing a “Made in the USA” label.

Call, don’t write. It takes two seconds and Corker’s staff are much nicer than the assholes who worked for Bill Frist. It’s easy, it’s fun. Here’s where to call, pick one or go for the trifecta and call ‘em all: